Like the name suggests, globe valves have round, spherical bodies. These linear motion valves look identical to other industrial valves. So, to get a positive Id, one must know the internal piping and other body parts. With that in mind, a globe valves manufacturer in India offers this short guide.

The Pros And Cons According To A Globe Valves Manufacturer

A globe valve can be used in liquid as well as gas systems, but they are not applicable for slurry systems. The reason for it is that they have cavities that can get contaminated. Moreover, these cavities trap the slurry material and hinder the valve operation.

That said, there are many advantages of globe valves:

Globe valves cannot be used for low flow coefficient and in sterile applications. They also have high head loss and require constant human intervention to turn the stem and handle to open or close the valve. Another con of globe valves is that they are heavier than others and need a large opening for disk assembly. 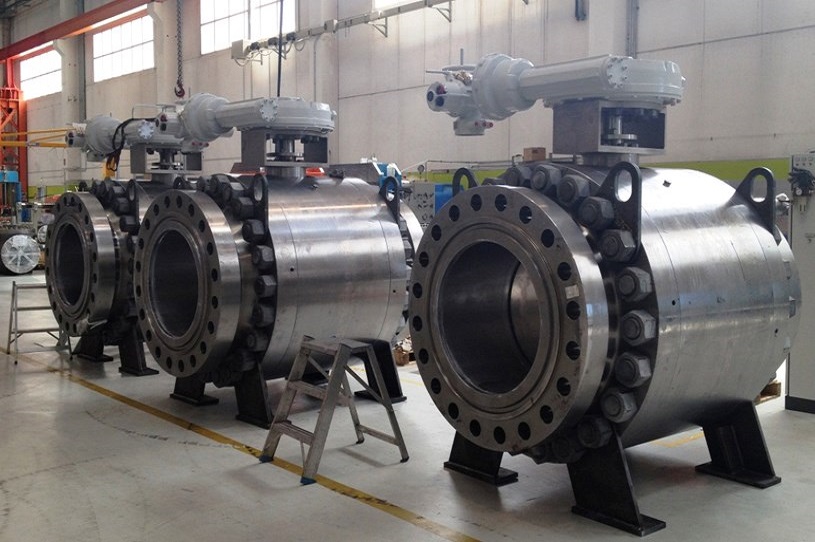 The Function Of Globe Valves

Typically, they are used to open or close a valve, but at times they may be used for throttling. Throttling becomes possible when the space between the valve disk and seat ring is gradually changed. In addition, there is only a small chance that the fluid will damage the valve seat or plug, even when the valve is slightly open. For these reasons, globe valves can be used in a variety of applications. The only conditions involved are:

There are three moving parts in a globe valve body – the disk, the valve stem and the handle wheel. The entire body itself comes in 3 designs, and each has a different application. They are angle design, Y-shaped, and Z- shaped. However, experienced valve manufacturers also provide custom designs.

In these globe valves, the inlet and outlets are perpendicular. Therefore, they are applied when the flow has to be transferred from vertical to horizontal.

These globe valves are also called cross-flow valves. They have an incline between the outlet port and inlet axis, which reduces the pressure drop most globe valves have. At full opening, these valves offer a straighter path because the stem and the seat are at a 45° angle. Lastly, because the stem, packing and bonnet of the Y design globe valve are pressure-resistant, they are useful in severe and high-pressure applications.

These globe valves are also called straight through valves and have the most basic body. They have a diaphragm shaped like a Z which contains the horizontal seat. The disk and the valve stem are at a 90-degree angle to the axis, giving it a symmetrical form. Therefore, these valves are very easy to make, install and repair. They are most often used for water applications.

The Method Of Control In Globe Valves

The disk inside the globe valve either completely opens or closes the fluid path. Its motion is away and perpendicular to the seat as it opens, making the fluid flow through the space formed between the seat and the disk edge.

Slowly, the annular space between the two changes, which allows the fluid to pass through. As the material moves through the globe valve, it switches directions a number of times, which increases the pressure of the fluid. The speed of the flow is dependent upon the distance between the seat and the valve plug.

To ensure that a tight seal is maintained when the valve is closed, it is installed in a manner that keeps the stem vertical and the fluid stream linked to the pile side above the disk.

Head loss or the measure of reduction in the total head of fluid that passes through a system is inevitable. It happens in every fluid system. But it is increased if there are obstructions and the flow path has discontinuities. It can be calculated by adding elevation head, velocity head and pressure head. Since globe valve bodies have angles, which create obstructions, these valves have higher than usual head loss.

Materials And Specification Of Globe Valves

Globe valves come in a plethora of metal and alloy constructions. They are also available in plastic materials, which is why they are applicable in a wide range of industries. Which material suits which application depends on the type of valve and the temperature and concentration of media passing through the system. We always recommend consulting a globe valve manufacturer to understand the properties of the material used to make the valve to ensure compatibility.

They also come with additional features that add to their safety and precision. For instance, positioners enable operators to determine how open or closed the valve is during throttling. Another example is limit switches, which can control how far a valve can open. This protects the internal body parts of the valve.

Globe valves are a good choice whether you want to regulate the movement of media in a system or simply open or close a valve. But it takes expertise when selecting the right valve for the right application. As a known industrial valve supplier in India, we can help you with the same. Get in touch for more information.